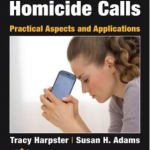 Was it Really a Suicide?

Practical tool for cops offers a way to interpret suspicious 911 calls. Not everyone who calls 911 to report a fatal accident or suicide is a concerned party – or is concerned in the right way. Some are killers hoping to deflect attention from themselves. They pretend to have discovered someone hanging, shot, stabbed, or at the foot of the stairs. They might even write a fake suicide note. How can investigators tell genuine incidents from those that are staged? Previously, I had reviewed Crime Scene Staging Dynamics in Homicide Cases by Laura G. Pettler. She conducted a study of 18 staged homicides to identify common staging 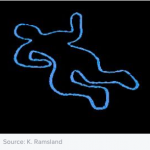 Cold case investigations link more unsolved cases to known serial killers. When William Clyde Gibson was sentenced for the murder and mutilation of three women, he claimed that there were many more. The police “might have a tenth of it,” he stated. Although we know that serial killers like to brag and some have exaggerated their victim toll, we’ve also recently seen the linkage of past unsolved cases to serial killers for whom we thought we knew the tally. Some, like Gibson, hinted at more, but others never breathed a word. Christine Thornton went missing in 1977, somewhere in a 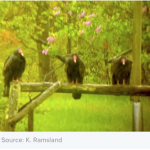 More women who prey on others have shown up in recent media. In South Africa, Sheree Prince, 19, broke into the home of 74-year-old Sandra Malcolm, waking her. When Malcolm threatened to call police, Prince pretended to be hurt and in need of help. Malcolm invited her in and put salve on a burn. She even fixed the young woman some tea. Then Prince grabbed a large knife, stabbed her 24 times, decapitated her (possibly while still alive) and tried dismembering the body. Under arrest, an unremorseful Prince told a psychologist that she’d been fantasizing about murder since she was 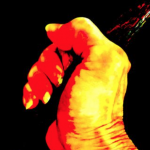 Punitive anger sparks violence in killers like Todd Kohlhepp. Kala Brown and Charlie Carver went missing on Labor Day weekend. Their friends looked frantically for them, but found no trace. Odd items popped up on their Facebook pages, but no one actually heard from them. Then, on November 3, police heard banging from inside a metal storage container. Chained and caged was Kala. She told her rescuers that Todd Kohlhepp, for whom she had worked, had killed Carver and others. She’d seen the graves. Under arrest, Kohlhepp admitted that he had killed seven people in three separate incidents: four in

When someone says serial killers have high IQs, I recall these sorry stories. The myth that serial killers are smarter than the average person is based on a study that used unscientific methods with a small, unrepresentative sample. In fact, serial killers range from Ivy League caliber to downright moronic. Self-defeating habits or failure to plan wisely have brought many down. It’s not all about IQ. Even smart ones can be idiots at just the wrong time. Quite a few have been caught while committing mundane crimes, like a traffic violation or a car theft. Ted Bundy driving erratically in a 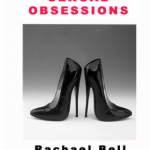 Some sexual practices increase the risk of exposure, arrest, or even death. During a welfare check, a young man was found dead in his apartment. He was fully bound in duct tape from his mouth to his ankles. The windows and doors were locked. Because the ends of the duct tape seemed beyond the decedent’s reach, police assumed they were investigating a homicide. When the tape was unwrapped at autopsy, a ball gag was found in the mouth, further supporting homicide. Yet the decedent wore a black nylon bodysuit and a diaper. That seemed like an odd thing for a