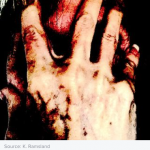 Shame and the Serial Killer

Humiliation’s influence on criminal behavior needs more attention. I recently watched a special on the ID Network about South Carolina serial killer Todd Kohlhepp. He pleaded guilty to the mass murder of four people at a motorcycle shop in 2003, as well as the murders of three more people whom he buried on his 95-acre property. He also kept the girlfriend of one victim chained in a shipping container for two months. Upon his arrest, he was allowed to speak to his mother about his crimes. She was shocked—but in a later interview, she excused him by claiming that his 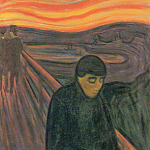 It’s jarring when accomplished people end their own lives Sir Bernard Spilsbury was among the most famous of British pathologists during the early 1900s. He performed the autopsy in the sensational case of Hawley Harvey Crippen. In January 1910, Crippen’s wife Cora seemed to have disappeared. Crippen boarded a ship with his mistress but was arrested and returned to England. A female torso had been found in his house at 30 Hilldrop Crescent. The investigation turned up information that he’d ordered the toxic hydrobromide of hyoscin just before Cora disappeared. The torso tested positive for this substance. Spilsbury identified a 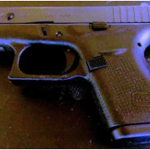 Why categories for multicide should be retained. This week in Scottsdale and Phoenix, Arizona, four people were fatally shot with the same gun, according to news reports, with potential links to two more. Two victims were female paralegals and two were male professionals in the field of mental health. Dr. Steven Pitt, the first known victim, was a forensic psychiatrist who often commented on high-profile cases such as the JonBenet Ramsey homicide and Phoenix’s Baseline Killer. Pitt was heard arguing with someone just before he was shot, suggesting he knew his killer. As of this writing, prime suspect Dwight Lamon Jones was 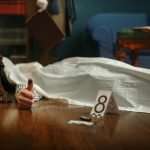 Mind Your Manners: Where Death Certification Ends and Prevention Begins

Reprinted with permission: Forensic Magazine 07-22-2016 Dr. Judy Melinek, M.D. The police pick up a 45-year-old man, a robbery convict, for speeding. The arrest is a parole violation. The man has a history of smoking and substance abuse and is obese. On his third day back in jail, he refuses to cooperate during a routine search of his cell. The corrections officers address this behavior problem by strapping the man into a restraint chair for several hours until he calms down. After he is released, he immediately starts a fight with another inmate. Once again the guards strap him into 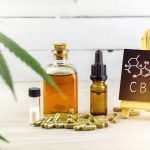 What is CBD and should we care?

As Cannabis legalization gradually sweeps through the U.S. and Canada, many are catching on to the various products that cannabis companies are relentlessly marketing. One such popular compound that shows up frequently in the news these days is CBD. You may be wondering what exactly CBD is and how it differs from the well-known compound THC. To learn more about this notorious substance, continue reading as we break down the essentials of CBD and how it’s used. So, what is CBD? Cannabidiol (CBD) is one of several chemicals that comprise the cannabis plant, the most well-known being Tetrahydrocannabinol (THC). These 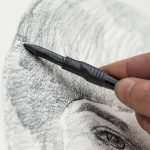 Kenneth R. Lang, Ph.D. One of the most overlooked but highly useful investigative tools for a death investigation is the talents of an excellent forensic artist. Often, investigators see the need arise for the assistance of an artist when a witness can describe an unidentified suspect. We’ve all seen the composite sketch of a wanted subject on a news broadcast seeking to place a name with the face. But the reality is that an artist can be used in a myriad of mediums to enhance any investigation. Foremost, investigators should realize the variety of forensic art mediums effective in an