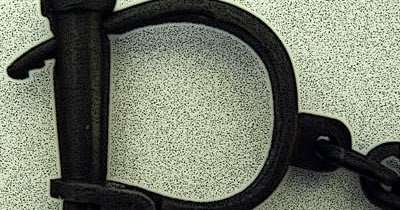 Hypoxyphilia is a paraphilia, which is a sub-category of sexual masochism. Also known by terms such as asphyxiophilia, autoerotic or sexual asphyxia, this potentially lethal sexual practice refers to sexual arousal that is produced while reducing the oxygen supply to the brain.

To better understand the investigative process of autoerotic deaths, it is important to understand the sexual nature of these deaths and the psychology leading to the acts of the practitioner.

It is important to note that only a very slim cross-section of the population practices autoerotic behavior, certainly to a degree dangerous enough to lead to death.

Psychologists used to classify homosexual acts as abnormal and of paraphilia in nature. That diagnosis has since been changed. However, in many circles, although more widely accepted, is still considered “abnormal” since the majority of the population is heterosexual.

So what is normal sexual activity and paraphilia activity?  This question can be broad and varied among researchers, but the best definition of paraphilia is this;

A psychosexual disorder in which sexual gratification is obtained through practices or fantasies involving a bizarre, deviant, or highly unusual source of sexual arousals such as an animal or an object. (2)

Psychosexual is; of or relating to, the mental and emotional aspects of sexuality.

In short, paraphilia’s are considered to be a component of the person’s entire psychological makeup. They cannot be “fixed”, but their effects can be suppressed. They should not be looked at as mere preferences. They are seen as being pervasive, affecting all components of a person’s lifestyle, thinking, and emotional states.

The reason this is a disorder is that paraphilia tends to skew a person’s entire way of thinking. A person with exclusively masochistic tendencies will be unable to function in a relationship without such overtones. They will be incapable of keeping such desires hidden from their sexual partners, and in some cases, may need to engage in autoerotic satisfaction of such desires merely to get through the day. This takes it beyond a mere preference or something that is enjoyed.

The other reason this is classified as a disorder is that the person with a paraphilia has no ability to control their desires. Pyrophilia is extremely dangerous both for the risk of arson and to the person suffering it, but pyrophiliacs are unable to control themselves.

There is research indicating that paraphiliacs have higher libidos than normal people, and are more likely to experience sexual addictions related to their paraphilia.

Obviously, since paraphilia is a sexual disorder, it should come as no surprise that any discussion of it is tied up heavily with a discourse on sexuality itself. Paraphilia is, in the simplest terms, an attraction to things beyond the norm.

Practitioners of autoerotic behavior may feel guilty of these acts and know they are “abnormal” in nature. However, keep in mind that the draw to these acts is stronger than their will to resist.  Sex and sexual pleasure can be as hard or harder to control than drug and alcohol abuse.  In fact, during the act of orgasm, certain chemicals including dopamine are released in the brain in much the same way as in heroin addicts.

Psychology of the victim

The psychology of victimology is important to know and will play a big part in the investigative triangle approach to investigating these deaths. The important point to keep in mind is that this behavior is part of a psychological phenomenon of paraphilia and the investigator must not approach these cases with any bias based on their own like or dislike to sexual behavior.